Seniors, individuals over the age of 65, are increasing in numbers. Because of 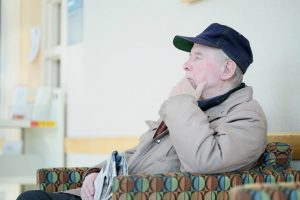 medical advances, our seniors are living longer than previous generations. While these folks have lived their lives and should be given the respect that age brings, they’re too often taken advantage of and made into crime victims.

When it comes to theft and purse snatching, seniors are overly victimized compared to other age groups. At least one in five personal crimes against seniors is regarding some form of theft.

With over 15 % of seniors having experienced some sort of psychological or sexual abuse, neglect, or physical abuse, it’s no surprise more and more seniors are going to self-defense classes and are carrying firearms.

One of the main reasons that seniors are so often victimized is that they appear to be easy targets. And sometimes they are. Many seniors have mental and physical limitations, and can be seen as frail, slow. They are less likely to put up a fight. They don’t have fast reaction times, they’re eyesight or hearing is not as good as it used to be. Most can’t run.

Don’t Be a Target

Yes, seniors are aging and they may not move as fast as the younger crowd. But that doesn’t mean they’re not able to know and learn self-defense. The first thing to learn about self-defense and how to not be a target is to be aware of your surroundings.

Here are a few things to know that can reduce your risk of being a victim. And don’t forget, it’s always better to try to avoid trouble than provoke it.